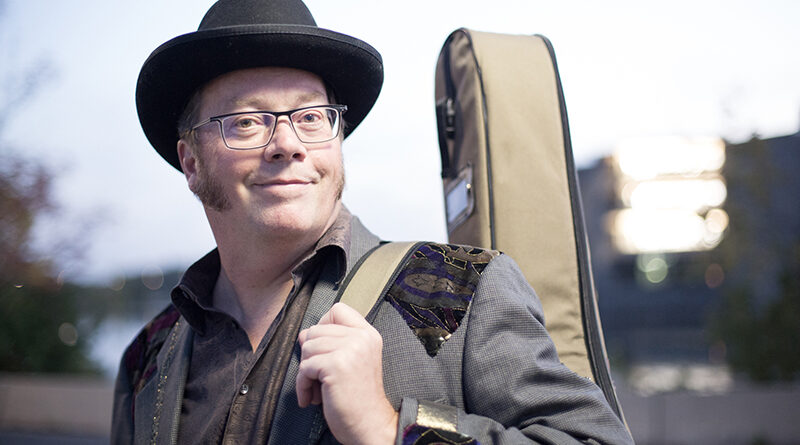 When this interview took place two days after the 2021 Juno awards (the Canadian music industry’s big night), one would not have blamed Peterborough area singer-songwriter-musician Rick Fines if he had been a little tender. Nominated for Best Blues Album for his fourteenth offering, Solar Powered Too – his third nomination by the way – Fines talked about not winning.

“I always consider the nomination [to be] the win. I mean, there are 5 albums nominated, out of how many in consideration. One wins – does that mean the rest are garbage? I look at it as being in the top five,” Fines comments philosophically, adding, “I’m not in a horse race with my peers. I’ve been doing this for 40 years now. I’m so grateful the music industry even notices me.” 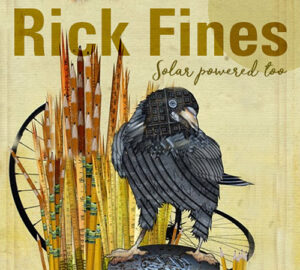 “Compared to the ‘star-maker machinery’, where a lot of people work hard – a lot harder at the business than I do – I just do what I do,” he continued. “I’ve been growing and developing for a long time, and I don’t limit my writing to a particular style. When you hit the combination, when the words and music fit, there it is!

Solar Powered Too is the perfect example of “there it is!”

“I was exploring obscure old guitar styles,” Fines recalls. “I decided to record some songs in my cabin – just me and my guitar…” The CD liner notes continue the thought; “[6] tracks were recorded…in the North Kawartha woods, with solar power. You can hear the crickets and cicadas if you listen carefully”, and that sets the tone for the kind of raw, earthy music on offer.

“I heard the necessity to bring in friends to enhance particular tracks.” Enter Alec Fraser (also Fines’ longtime co-producer), Gary Craig, Jimmy Bowskill, Roly Platt, Rob Phillips, Melissa Payne, Suzie Vinnick and others, to lend their specific vocal and instrumental talents on six of the twelve tracks. This necessitated a trip to Toronto – to E Room for five of the tracks and Liquid Toronto for the final tune.

The collective result is twelve songs weaving together a theme of hard-knock life lessons – gutsy vocals against a perfectly ragged background of old-soul instrumentals. This CD is Fines’ best offering to date.

Rick Fines is aging like fine wine – “I am writing better songs now – life makes that happen” – and Juno winner or not, Solar Power Too is worth a listen. Maybe in a cabin, with crickets singing along… 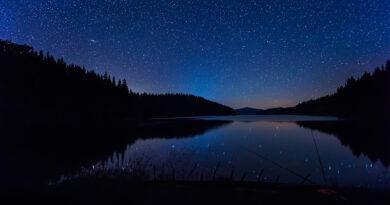 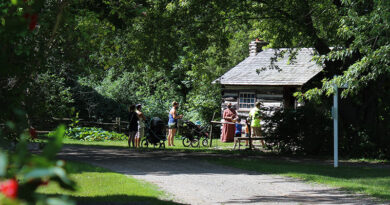 Take a Trip Back In Time Lang Pioneer Village Museum 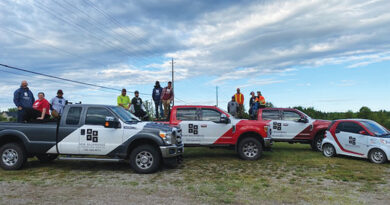