The community is invited to rally for Bobcaygeon, as the arena has made it to the top four finalists in this year’s Kraft Hockeyville competition. Bobcaygeon is the only arena representing Ontario. Bobcaygeon’s competitors are in Saskatchewan, Manitoba and New Brunswick.

To help break down the barriers to community hockey and improve local arenas, Kraft Heinz, in partnership with the National Hockey League (NHL) and the National Hockey League Players’ Association (NHLPA), is awarding one community the grand prize of hosting an NHL® Pre-Season Game in their local arena, $250,000 for arena upgrades and the coveted title of Kraft Hockeyville Canada 2021.

As a finalist, Bobcaygeon is guaranteed to receive:

Councillor Kathleen Seymour-Fagan noted, “Bobcaygeon is passionate about hockey and our local arena brings us together as fans, friends, family and ultimately as a community. To keep the game alive in our community, the arena needs accessibility upgrades to ensure that all players, regardless of age, gender or ability, are able to access the facility. Winning Kraft Hockeyville 2021 is a shot at opening the doors to new generations of hockey players and fans.”

Hockey grows community in a place that welcomes everyone

Local resident Mike Mudie nominated Bobcaygeon for Kraft Hockeyville and Ann Adare has been instrumental in rallying the community to get to the final four. 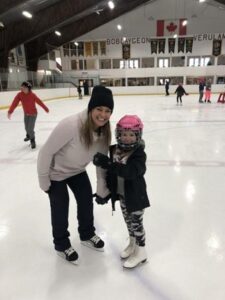 “Our community is known for its heart. Even our slogan, ‘Three Islands, One Heart’ speaks to how we come together. In the early days of the COVID-19 pandemic, Bobcaygeon was hit early and hit hard with a devastating outbreak at Pinecrest.  Lockdowns also meant our businesses were shuttered, dealing a particularly difficult blow to a town relying on summer tourism to sustain us through winter. Kawartha Lakes raised $190,000 that has gone back into the community to help support Bobcaygeon and area patients, families, or health care workers in need of food, supplies, transportation, and mental wellness counselling. This effort has left our community tapped out, there are no funds left to upgrade our arena which is now closed and facing an uncertain future. I’m glad, during these challenging times, that we can come together to rally for a happier purpose.  A Hockeyville win would ensure that the arena can reopen and upgrades would ensure that our arena can welcome everyone,” shared Adare.

Many players from Bobcaygeon have gone on to play in various levels of hockey with the Peterborough Petes, in the OHL and the NHL. Generations of hockey fans will recognize those who originated in Bobcaygeon; the likes of Rollie Kimble, Geoff Ingram, Paul Grills, Joe Junkin, Bill Stewart and of course Brady Austin.

Several other young players, such as Brady’s older brother Riley Austin, have received hockey scholarships and played at the University level (CIAU). Others who went on to play at the University level include Dave Poole, Gary Poole, Scott Spittel, Geoff Ingram and Aaron Jermyn. These names are also recognizable for giving back to their community through coaching and volunteering.

Brady Austin
Born in Bobcaygeon, Brady began his NHL career with the Buffalo Sabres and was reassigned to AHL affiliate, the Rochester Americans, to begin his professional career in the 2014–15 season. At the conclusion of his entry-level contract, Austin as a restricted free agent did not receive a qualifying offer from the Sabres, releasing him to free agency on June 26, 2017.

Hockey has influenced the growth of Bobcaygeon

NHL legend Allan Stanley spent ten years with the Toronto Maple Leafs where he was named one of the team’s alternate captains and went on to win four Stanley Cups in the 1960s while paired with Tim Horton on defense. Stanley finished off his career playing for the Philadelphia Flyers during 1968–69. In 1,244 NHL regular season games, he scored 100 goals, 333 assists for a total of 433 points. He was inducted into the Hockey Hall of Fame in 1981.

In the late 1960s, Stanley and his wife fell in love with Bobcaygeon while on vacation here and purchased a resort on Sturgeon Lake. The Stanleys moved to Bobcaygeon and 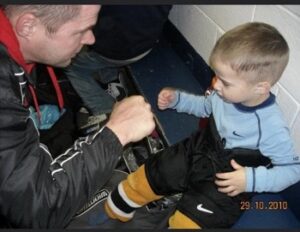 opened Allan Stanley’s Beehive Resort and Hockey School, hosting up to 137 players at the overnight camp each summer. An estate subdivision was built on a 60-acre parcel of the property. Eventually the Stanleys sold the resort but the subdivision remains nestled in the trees on the edge of Bobcaygeon.

With close to 500 residential homes planned over the next few years, Bobcaygeon’s arena is aiming to rise to the growing demand of young families. Hockeyville’s grand prize of $250,000 will help make the arena accessible for the generations that call it home, while encouraging young families to choose Bobcaygeon as their future home.

Incorporated in 1876, surrounded by water, Bobcaygeon has had lake rinks since the rules of hockey came to be in 1875. Generations have learned team building, social skills and a true sense of community by playing and then coaching the game. Parents and grandparents now cheer in an arena built by volunteers with funds they raised ($100,000 in 1955 equating to $1 million today). There is deep sense of pride in that accomplishment.

Comradery and stories point to a town with people supporting one another. There are many generations of hockey families in Bobcaygeon, like Alda Kimble who cheered on her own 7 sons, grandchildren and great grandchildren, earning her 50-year pin and free admission, coinciding with the arena’s 50th anniversary. She went on to be Citizen of the Year for her work with local children. The arena fosters that dedication to our families, our town. Summer hockey spirit includes “dunk coach” tanks fundraisers, team parade floats and nearby summer hockey camp. 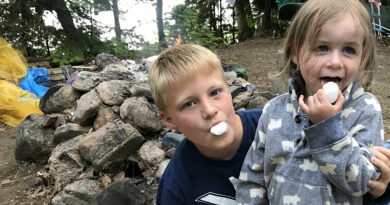 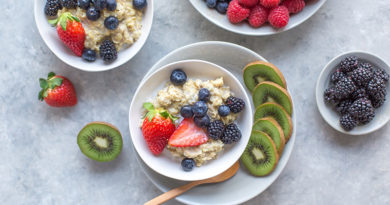 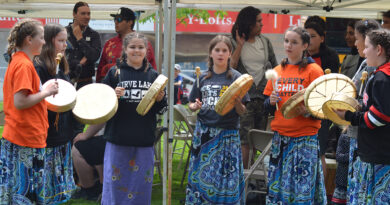 Drumming for Reconciliation in Peterborough 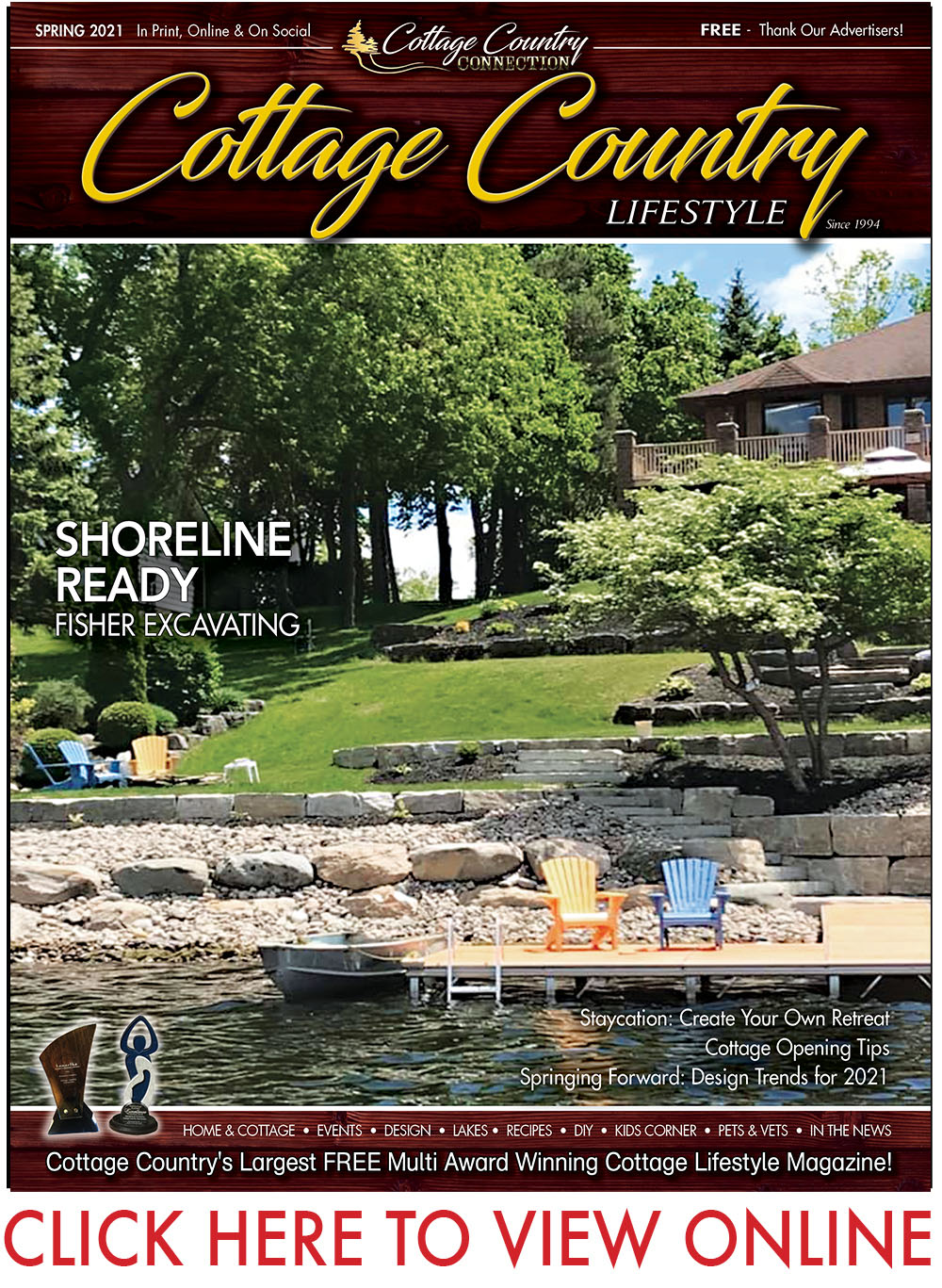